6 ASIAN MOVIES TO WATCH ABOUT STRONG WOMAN : HIGHLY MOTIVATING IF YOU ARE FEELING DOWN AND OPPRESSED (PART 1)

6 ASIAN MOVIES TO WATCH ABOUT STRONG WOMAN : HIGHLY MOTIVATING IF YOU ARE FEELING DOWN AND OPPRESSED (PART 1)

STRONG POINT  |  I think becoming Anissa needs a lot of forgiving attitude, braveness and perseverance. I love the fact that she is a writer, actively writing about woman and oppression especially coming from husband and family. There will be a time when she lost her husband due to hit and run. Even so, she continued living while supporting for her belated husband. The last scene was a killer! She could finally be called FREE when she rode a horse! The one thing she had always doing sneakily behind her father’s acknowledgement. This is not a movie to critic Islamic teaching. Instead, it is a reminder for those using Islam to allow evil deeds.

STRONG POINT  |  Becoming Tsubasa needs bold action, emotional strength and high passion. She dreams of playing in Brass Band Concert but had never been in one. Having no experience and no talent but only dream, she made it to the band. But never once she’d been given trust to represent the main team. Pity her! But I don’t know why I really love her stories to become a professional trumpet player in 3 years for the sake of promise she made with Daisuke, the classmate softball school player. You will cry seeing how these two strive to achieve dreams. If you are now in your mid 20’s, you will miss school days so bad.

STRONG POINT  |  At first, you will find Puteri, the young lady in Pink as brittle and pampered. But you will change your impression towards her once she broke up with Eddy. This movie is about Puteri trying to snatch her snatched boyfriend from a lady totally the opposite of her, Shasha by playing Futsal! She who never in her whole life owned a sport shoes wanted to win the Woman Futsal Cup. Throughout the movie, you will realise that it is not solely about Puteri but every woman inside the movie holistically had a dark chapter to share. If you are a feminist, then this movie is definitely for you! Watch out you boys, don’t play fire with girls. They will burn you. Oh by the way, Eddy will end up turned down by both Puteri and Shasha in the end. Hehe, spoiler! Oh another spoiler, the soundtrack kills!!!!

STRONG POINT |  Girls’ Generation of 90’s maybe the most suitable word of recognition to these group of merely high school girls, Sunny! Anyway, the plot is simple yet you will be thrilled with many scenes of comedic, barbaric (hehe) and togetherness especially when they have to fight othe girls clan. If you are typical Korean Movie lover, then you must have encountered this movie for it being sooo popular and this is the movie which made Kang So Ra rose to popularity. I just want to highlight some scenes where you need to look forward when watching this movie. In Mi will be the main character who ranted on her past after she decided to call everybody for reunion. What was throbbing is when Chun Hwa the leader in yellow had actually been diagnosed with incurable disease. Please look forward to Sunny’s comeback on Chun Hwa death memorial !!!

STRONG POINT |   This movie is based on a popular classical romance novel in Thailand written by a feminist writer. It revolves around daily life of Angsumalin (Hideko according to her Japanese husband) during world war two. Just want to remind you, Thailand is the only country in the world not affected by world war two due to brilliant political agreement with Japan. So, if you are the type who love movie with war and historical setting, then this movie is recommended! Bonus point if you also like clean and innocence love story line. Actually this movie has both live series and movie version. If you want to see how Angsumalin actively participating in anti-Japanese movement, then watching the live series is more worthy. In my point of view, Sunset at Chaopraya depicts the struggle and equal contribution towards freedom of nation from a woman’s perspective. Some would say, woman contributed less in fighting for freedom during colonization era, so this movie would shove the prove to their mouth that even a woman can shake the pillar of governmental security forces.

STRONG POINT |  This is a movie of oppression, over practice tradition and blind religious practice setting out in 1930’s during the tumultuous era of Mahatma Gandhi in India. In short, the movie tells a story of how a widow was treated in the society. Some even manipulated these widows to earn a living hiding behind the religion, tradition and karma. If you can tolerate watching children’s prostitution scene, then you can try watching this movie. I fell into deep sorrow upon finishing the movie as it has no happy ending to Kalyani, the young widow who has been pimped to upper class man (the Brahmans). Anyway, this movie too has its own bright scenes regarding Chuiya, the bubbly little girl whose husband died when she’s only eight who became best friend with Kalyani and Shakuntala (middle aged widow who can read and dared to go againts painful tradition). You will also fall in love with the love story budding within Kalyani towards a respectful young man who follow Gandhi’s movement, Narayan. 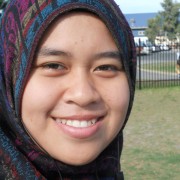 I crochet only simple and quick project which you can finish within a day! I love compiling resources about yarns, crochet techniques, simple amigurumi projects, tips for crocheting and some designs of my own. I hope you like my sharing!